For more information visit DMingHadley.com
An early adherent of Magic - The Gathering, and collector of many a comic book in his youth, Hadley actually came to tabletop games later than most. At 28 he, and a group of Seattle’s night dwelling denizens crowded into a subterranean apartment around a map of a fantasy world to roll dice, enjoy one another’s company, and weave a narrative from their collective imaginations.

Ten years on, and Hadley has taken up the mantle of Dungeon Master (or the handle of DMingHadley for social media purposes). Deeply moved by the concept of collaborative storytelling and mindful escapism, and the social and cognitive benefits of such endeavors, he collaboratively draws from the ether worlds for your characters to dive into, regardless of setting.

Adapting 5th Edition Dungeons & Dragons and 2d6 game formats to the task, the settings of Hadley’s games can range from traditional fantasy, to space odyssey, to pop culture endeavor. With anthology and campaign series alike, players can delve into world after world, fueling their imaginations with possibilities beyond the canon lore of established game systems.

With a background in youth education, youth and adult training, and process improvement, Hadley has distilled a potent format of game play that serves as both a delightful respite from the challenges of our day to day lives, and a methodology for collaborative storytelling.
Understanding that we all learn best by playing in a space where it’s safe to take risks, Hadley helps players perceive these fantasy (and other genre) worlds by engaging them to create alongside him.

After all, it’s collaborative storytelling. We all get to contribute. 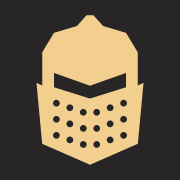 Campaign: Mercenary's Guild - Season 3
Session 1
Virtual
@ 8:00 pm
Join by: 01/31/2020
As a member of the Mercenary's Guild you've got to be ready for anything! Get your assignment, get your gear, and get to work. Your life, and perhaps less importantly, the wellbeing of the world, hangs in the balance....
Confirmed Players: 2/5
25 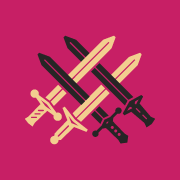 The Mercenary Guild - A series for new initiates to Gyld!
Public
1 Session 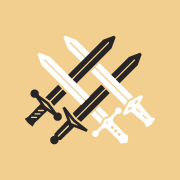